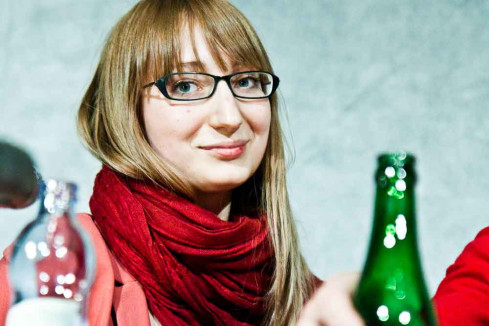 Born in 1985, fiction writer and reporter. Graduate of Culture Studies at Warsaw University. She made her debut in 2009 with the novel Toksymia . Four years later, she published a collection of reportage from Romania, Bukareszt. Kurz i krew, for which she received the Newsweek Teresa Torańska Prize and the Gryfia Female Authors’ Literary Award. She received the prestigious “Paszport Polityki” Award in 2019, this time for her book on Albania, Błoto słodsze niż miód. The book is a story of a country terrorized by Enver Hoxha, the dictator who fell for a belief that his country would become a self-sufficient bastion of communism. Rejmer currently lives in Tirana, working on her book about modern-day Albania.