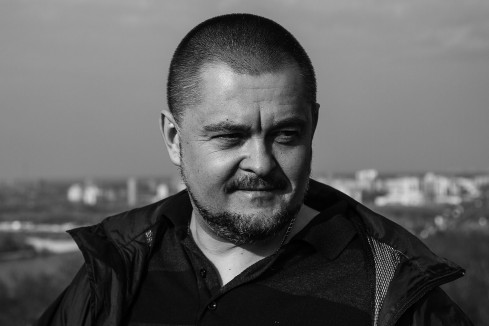 Born and raised in Donetsk, he studied Russian Philology and Culturology, and was long regarded as a Russian writer. However, he moved to Kyiv after the events of 2014 and became a part of Ukrainian literary process. In 2017, his prose books Long Times and A Little Book of Goodbyes were translated into Ukrainian. In 2019, he published his first novel in Ukrainian called Mondegreen (Songs of Death and Love) – he learned Ukrainian from scratch after the events of 2014.

Rafeienko’s first works were published in periodicals way back in the 1990s. He released three poetry collections and seven novels. His prose was repeatedly included into the lists of nominees and winners of the Russian Literary Prize for foreigners – the novel Decartes’ Demon was awarded the main prize in 2013. In 2018, he won the Visegrad Eastern Partnership Literary Award for the novel Long Times.

Rafeienko’s prose belongs to the intellectual literature. It is full of phantasmagorical images and storylines, as well as explicit and implicit allusions to well-known texts. He is sometimes called the “magical postmodernist” due to the intertextuality and richness of his prose.