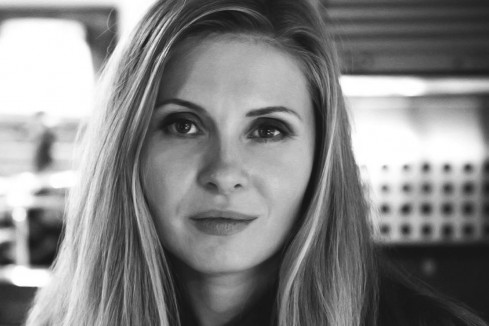 Born in Chișinău in 1978, Tatiana Țîbuleac currently lives in Paris. She used to work as a reporter for a private Moldavian TV station Pro TV Chișinău where she got “soaked in the cynicism and cruelty” that is also reflected in her prose. She published her first work, a collection of short stories titled Fabule moderne (Modern Fables) when she was twenty-eight years old. A year later she became famous for her novel Vara în care mama a avut ochii verzi (The Summer when my Mother had Green Eyes) which tells a story of a terminally ill woman spending her last summer with her son. Her next novel titled Grădina de sticlă (The Glass Garden) changes pace and deals with the (lack of) love for an adopted child straddling two cultures against the backdrop of shifting borders between Europe and Russia. “I frequently channel sadness, pain and nostalgia in my writing,” says Tatiana Țîbuleac about her work.