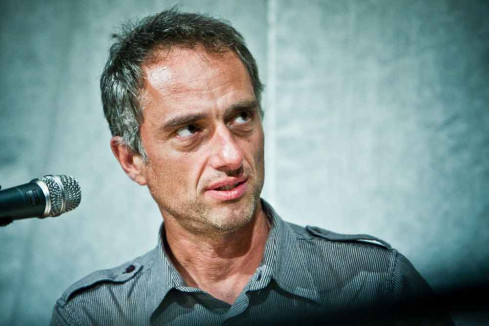 Born in 1964 in Poprad, Pavol Rankov studied library science at the Faculty of Arts of Comenius University in Bratislava where he has also worked as a senior lecturer since 1993. He authored academic works on the topics of readership, media and information society (e.g. Vplyv rovesníkov na vzťah žiakov SOU k literatúre/The Influence of Peers on the Attitudes of Secondary Vocational School Students to Literature, 1989) and especially novels including Stalo se prvního září (nebo někdy jindy) (It Happened on September the First (or Whenever), 2008), Matky (Mothers, 2011), Malá dunajská válka (A Little Danubian War, 2018), Legenda o jazyku: Nepomucký 1972 (The Legend about the Language: Nepomucký 1972, 2019). “Rankov’s work should perhaps be read as a remarkable attempt to write a campus novel, a genre which seemingly refuses to take root in Central Europe. It is refreshing to see that someone keeps trying,” commented Petr A. Bílek on the author’s latest novel.