Lucian Dan Teodorovici: The one who brings memories
– Romania 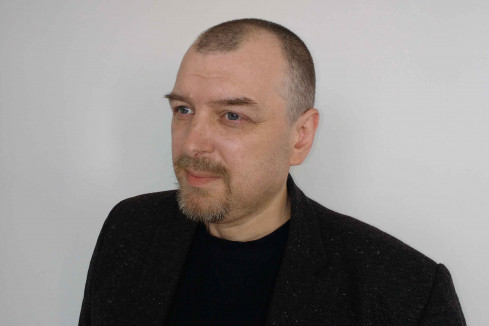 Born in Rădăuţi in 1975, Lucian Dan Teodorovici is a prose writer, playwright and a screenwriter. He is the head of the National Literature Museum in Iași and the chief editor of Ego. Proză, an edition of contemporary prose at Polirom, a prestigious publishing house. He organises the FILIT literature and translation festival and works for the Suplimentul de cultură weekly. Writing is how he rejuvenates: “I feel exhausted when I am overloaded with other work and have no time to write.” He wrote four novels, four short story collections and a number of theatrical plays and successful film screenplays. He became known around the world for Matei Brunul (Matei the Brown), compared by David Lodge to Milan Kundera’s The Joke. Doris Mironescu, an influential Romanian critic, wrote: “It is a story of a man confronted with a totalitarian reality which shapes, restricts and changes him. After being ‘lobotomised’ by the regime, Bruno loses faith in any possibility of resistance or escape and decides for a life in a no man’s land. The novel is a perfect and bold symbol full of original thought.” His latest book is titled Cel care cheamă câinii (The One Who Calls the Dogs), an autobiographical essay-novel where he processes his experience with fighting cancer.