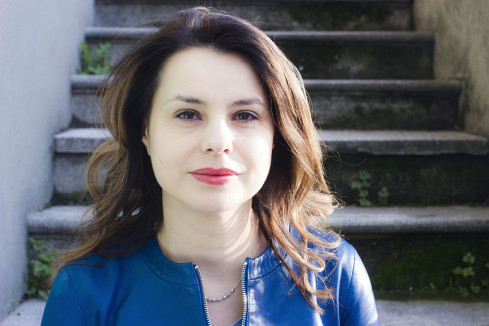 Born in 1977, Gianina Cărbunariu is a playwright, stage director and a prominent figure of global theatre. She co-founded the dramAcum group promoting independent creative work of young Romanian authors. She became famous thanks to her social awareness plays titled Stop the Tempo and Kebab. She also responds to controversial issues affecting her country in other works such as De vânzare (For Sale), Mihaela, tigrul din orașul nostru (Mihaela, the Tiger of our Town), Tipografia Majuscula (Typographic Capital Letters) and Oameni obișnuiți (Ordinary People). She usually directs her plays herself, noting: “When I stage my own plays, I have lots of freedom. The text becomes a part of the process and it can be modified and changed during rehearsals.”