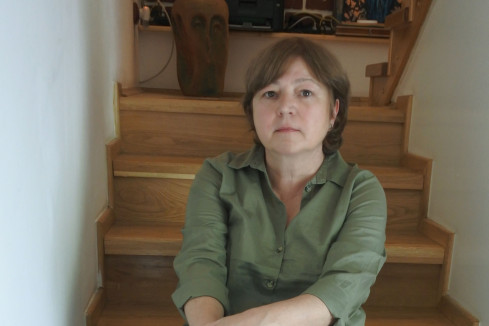 Born in 1960, Alina Nelega is a playwright, journalist, prose writer and stage and radio director. She staged her first play Nascendo when she was thirty-six years old. A year later, she founded Dramafest, a theatre festival focusing on contemporary Romanian plays. She is a professor at the University of Arts in her home city of Târgu Mureș and runs the playwriting master course that she initiated. She is the author of a monodrama Amalia respiră adânc (Amelia Breathes Deeply) and the novel Ca și cum nimic nu s-ar fi întâmplat (As If Nothing Had Ever Happened), where she captures the glitz as well as the misery of the 1980s in Romania. She notes: “Communism affected our behaviour and our inner life too, for example in the way it supported, fed and nurtured nationalism, homophobia and sexism.” Among other distinctions, she has won the prestigious UNITER award Best Play of the Year twice (in 2001 and in 2014). She holds the „European Author” accolade (Heidelberg Stueckemarkt, 2007), and since 2008, she has been an Honorary Fellow in Writing of the Iowa University. She was an Artistic Director of the National Theatre in Tîrgu-Mureș (2012 – 2017). Her plays have been translated, published and performed in Romania and internationally.