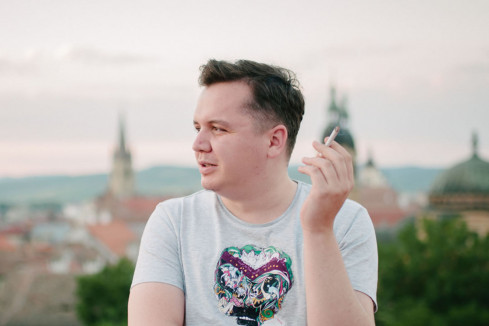 Born in Piatra Neamț in 1992, Ștefan Baghiu is a poet and a literary critic. He studied Romanian and French at universities in Cluj and Bucharest and currently teaches Romanian literature at Lucian Blaga University in Sibiu. He writes for leading literature and culture magazines in Romania. He has been writing poetry since he was seventeen. His first collection titled Spre Sud, la Lăceni (Southward, to Lãceni) caused a sensation in Romania. His poetry exude experimental music, parties, alcohol and drugs accompanied by the most traditional poetic motifs a reader could imagine. He believes alienation to be the result of the “great evolution” of the modern world, which takes places mostly at night.